The Book of Isaiah opens with a dateline:


The vision concerning Judah and Jerusalem that Isaiah son of Amoz saw during the reigns of Uzziah, Jotham, Ahaz, and Hezekiah, kings of Judah.

Isaiah received his initial call from God (Isaiah 6:1-13) in 742 B.C., the year Uzziah died. He spent the rest of his life prophesying and preaching in Jerusalem, the capital of Judah, the southern of the two Jewish kingdoms. His ministry ended soon after the death of Hezekiah, Uzziah’s great-grandson, in 688 B.C. The New Testament mentions an Old Testament prophet who was sawed in half (Hebrews 11:37), which many scholars believe is a reference to Isaiah’s death at the hands of Hezekiah’s son Manasseh.

Of course, saying that Isaiah’s ministry went from 742-688 B.C. would have meant nothing to him or his contemporaries. They were not keeping time by the life of someone born almost seven hundred years after their death. The people of Judah, like most people in the ancient Middle East, used the reign of their own kings as historical milestones.

The reigns of Jotham, Ahaz, and Hezekiah were a difficult period in their history. Judah had known peace and prosperity under Uzziah, but was slowly suffocated by the armies of Assyria in the years after his death. The Assyrians, whose homeland was located in the north of modern-day Iraq, were a fiercely militaristic people who carved out the largest empire in human history at that point in time. They were Alexander the Great and the Romans rolled into one, long before either. 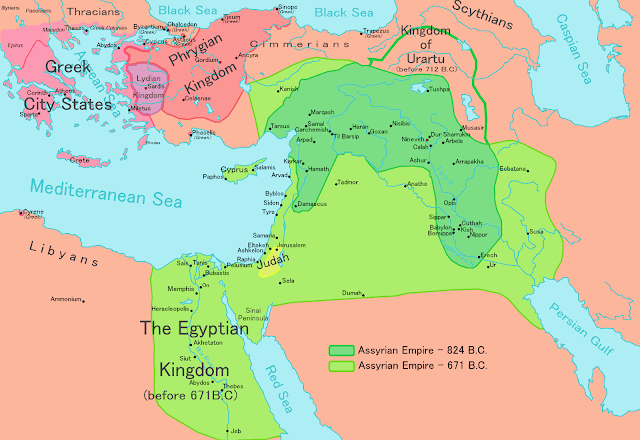 Assyria’s rise was fueled by military and technological innovation. They had one of the first professional standing armies -- it wasn't a bunch of farmers going to war in between growing crops. The Assyrians had tens of thousands troops who drilled year-round and were divided into highly specialized units. They had cavalry and armed chariots in numbers that no one ever had before, as well as teams of engineers who built massive siege engines that could crack even the most fortified walls. They were also one of the first people to use iron instead of bronze in their weapons. When you imagine what these professional killers would do to smaller groups of amateurs with inferior weapons and tactics, it's easy to see how they could have swept through the ancient Middle East.

They were also masters of psychological warfare. The Assyrian armies used fear to win battles before they even happened. This inscription gives a taste of the way they ruled:


I built a pillar at the city gate and I flayed all the chief men who had revolted and I covered the pillar with their skins; some I walled up inside the pillar, some I impaled upon the pillar on stakes.

Assyria conquered Israel, the northern of the two Jewish kingdoms, in 721 B.C., and began applying pressure along the new frontiers of their empire. Their ultimate goal was to conquer Egypt, the original superpower in the region. Any smaller nation that had the misfortune to be in their way, like Judah, was in a lot of trouble. The Assyrians forced Hezekiah to strip his palaces of gold and pay a massive tribute to them (2 Kings 18:13-16) after their conquest of Israel, and responded with overwhelming force when he stopped.

The climax of the Book of Isaiah is the seemingly unstoppable march of the Assyrian army towards Jerusalem in 701 B.C. The distance between Jerusalem and Samaria, the former capital of Israel, was only 42 miles. The Assyrians carved out a swath of death and destruction in their wake, sacking 46 Jewish cities in the process:


Why should you be beaten anymore? Why do you persist in rebellion? Your whole head is injured, your whole heart afflicted.

From the sole of your foot to the top of your head there is no soundness -- only wounds and welts and open sores, not cleansed or bandaged or soothed with olive oil.

Your country is desolate, your cities burned with fire; your fields are being stripped by foreigners before you, laid waste as when overthrown by strangers.

Isaiah is one of the most apocalyptic books in the Bible. It is set in a specific time and place, but uses that setting to tell a far broader story -- the evil of man, the redemption of God, and the ultimate climax of history. The Book of Revelations only fills in the blanks of the rough outline given by Isaiah.

People have always been obsessed with the apocalypse. Every generation of human history has thought the world would come to an end within their lifetime. But it was more than a theoretical exercise for Isaiah and the people of Judah. They were watching the apocalypse move ever closer toward them, as they sat uneasily behind the walls of Jerusalem.

Those survivors are known to history as the 10 Lost Tribes of Israel. The Jewish people were originally organized into 12 tribes, each descended from one of the 12 sons of Jacob, one of legendary patriarchs in the Book of Genesis. When they were divided after the death of King Solomon hundreds of years before the events of the Book of Isaiah, 10 of the 12 settled in the northern kingdom of Israel, leaving only two (Judah and Benjamin) in the southern kingdom of Judah. Those 10 tribes were assimilated into the Assyrian Empire and ceased to exist in the years following their conquest. Modern-day Jews are descended from the remaining two tribes.

The Assyrian Empire was the original melting pot. They didn’t have to kill all of the Jews they conquered. The survivors forget who they were and slowly lost their identity. They worshiped Assyrian gods and inter-married over the course of enough generations that it no longer became possible to tell them apart from the average Assyrian. The 10 tribes were erased from history as if they had never existed at all.

The Jewish people should not have survived the Assyrian invasion. They couldn’t field an army that would defeat the Assyrians outside the walls of Jerusalem, and even their walls offered only so much protection against a military machine that practically invented siege warfare. The Jews were to the Assyrians what the Dutch were to the Nazis in World War II.

Americans are still obsessed with the Nazis almost a century after we defeated them. Imagine how afraid of them we would be if they had gone into WWII with an almost unbroken string of military victories that stretched back hundreds of years, conquered Europe, massacred the British people and resettled the survivors into German cities, and then landed armies in North America and marched them to the outskirts of Washington D.C.

We have never had to fear military conquest. But there may be a different kind of Judgment Day in our future. When Al Gore talks about the threat of global warming and how we need to fundamentally change the structure of our society to survive, he is putting a modern spin on what Isaiah was saying 28 centuries earlier. (He even started growing an Old Testament beard at one point). 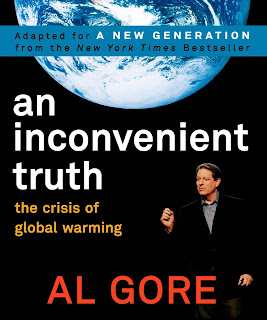 This is the key parallel. It’s not just that Isaiah was telling his people that their world was coming to an end. They could see that for themselves. He was also telling them that it was their fault:


Hear me, you heavens! Listen, earth! For the Lord has spoken: “I reared children and brought them up, but they have rebelled against me. The ox knows its master, the donkey its owner’s manger, but Israel does not know, my people do not understand.”

Woe to the sinful nation, a people whose guilt is great, a brood of evildoers, children given to corruption! They have forsaken the Lord; they have spurned the Holy One of Israel and turned their backs on him.

Isaiah claimed to speak for God himself, and traced his authority back to the very beginning of Jewish society, when God spoke through Moses after the exodus from Egypt. Over the next 700 years, the Jewish people had stopped listening. Now they had no choice but to pay attention.

The threat of the apocalypse has a way of focusing the mind.
Posted by JTjarks at 4:08 AM

JTjarks
No matter what you do, let them boys know you smart. Stand up for the poor and keep God in your heart. - David Banner